Fear, Machistos, and Riding through Guatemala and El Salvador

I rode across the bridge into El Salvador, and when the bridge ended there was an empty bit of road with buildings to the left down a hill, a little stand to my right, military men milling and people milling around. There were no clear signs that I could see, and I sat there for a minute on my motorcycle. No one said anything, no one paid me any attention, so I rode down the hill to the left in front of one of the buildings.

As I got off the biked, a few men were waving back on the main r0ad. One of them walked down the hill, and jabbed a finger into my shoulder, loudly talking rapidly in Spanish, his words hard to understand but his posturing clear. I side stepped his hand. “Where is the immigration building?” I repeated over him, in Spanish, dead face— over and over until he finally pointed up the hill and kept talking. I turned around and rode back to the top. This is going to be a problem, I thought.

I pulled up to a space behind a truck, with plenty of room for me to turn around. An unpleasant looking man with a clipboard kept gesturing for me to move forward, needlessly. There was plenty of room, and by moving forward I’d be wedged in between a truck. I moved forward anyway, trying to start the process amicably so I could quickly get my temporary permit and leave. Roughly 6 people sat in the row of chairs outside the small guard shack. The man with the clipboard came up and asked to see my Guatemalan and motorcycle papers. Weird, but okay. I handed over a two copes of the papers, and a copy of my license. He thought my license was my passport, he didn’t ask, he just assumed. I handed him a copy of my passport as well.

This paper is a copy, he told me, holding one of the Guatemalan documents. What does it matter? I said, this is El Salvador, those are for Guatemala. He kept insisting it was a copy. One of the military guys came over and tried to help facilitate. He says you need the original copy for this, he told me. Yes, I understand, but that’s all I have, and we’re in El Salvador.

You need to go back to Guatemala and get an import permit. Why would I go back to Guatemala, we’re in El Salvador. I didn’t know why I had to keep stressing this point. I had minutes before canceled my temporary import permit and left Guatemala, I certainly wasn’t going back. All of a sudden he turns over the paper and says everything is fine, because it was the original and wasn’t, in fact, a copy. You need copies of these documents.

I stopped asking why. It became clear they had no idea what they were doing, that they were using Guatemalan documents for their own purposes, either because there wasn’t any clear direction on what to do, or this was it. The military guy waked over with me to the tienda that made copies for 10 cents. He used to live in Washington DC, and we talked about the differences between the US and El Salvador. We walked back, handed the documents to the clipboard guy, and waited, talking outside. Twenty minutes later, one of the military guys came up to the guy I was talking to (who told me he was a sergeant) and handed him a paper. You need to fill this out, he told me.

It was very basic, it asked for my address, names, and a ridiculously specific amount of information on my bike like the number of cylinders and if it ran on gasoline. I filled everything out, then handing it back in. An hour later, I was still waiting, as were the same 5 people sitting there. No one moved, everyone was just hanging around the compound. I went up to the other guy sitting at the booth, and asked him where my papers were. The jist of it was, they’re with the other guy with the clipboard, who was nowhere to be found.

The sergeant came up to me, “We go to lunch! What do you take?” I told him I was fine, that I had food with me, and he loudly wrote his name on a card, with his number, and told me to call if I needed help with anything. He walked into the street with a group of the younger military guys, “Call if you need anything!” he shouted. I inwardly rolled my eyes. This was so typical, this kind of posturing, to make it seem like we had some sort of understanding with the possibility of more within a group of guys. I did not appreciate that kind of behavior.

Thirty minutes later, still nothing. I grabbed my helmet and tank bag and walked down into the buildings. The building were completely empty save two men behind a counter. “Where are my papers,” I asked. “The man at the gate has them, and I don’t see him here. What is the problem and where are they.” One of the men started chatting with me in English, telling me to list for the guy in the other room. I walked next door, no one was there. I walked outside, and ask the guard. “Where are my papers?” He got on his walkie talkie, and then the man from the other room approached. They have your papers at the gate, they said. They’re waiting. Waiting for what. There’s only one guy here, at the desk, and he’s at lunch. Seriously? I’ve been here for hours, there’s a family that’s been here for 3 hours, and nothing is happening because one man is at lunch? I want lunch, everyone wants lunch— but first, I want to leave— with my papers.

I was tired of waiting around, of the male posturing and bullying for nothing.

He didn’t even ask how long I would be in El Salvador, no one did. There wasn’t even a space for that on the form. It was a facsimile of a border crossing, like these guys had once been through the Paris airport and took that back to their country, but it was all showmanship.

The thing about traveling alone as a woman on a motorcycle, is that people usually fall into two categories— those who think you’re really cool, and those who are threatened by you.

I walked back up the hill, helmet in one hand, tank bag in the other. I was hungry, it was hot, and if everyone else was going to eat lunch I would too. I grumpily pulled my plastic food bag from underneath the cargo net and sat it on the seat of the bike. My metal cooking spork was deep within my saddlebag, so I made one peanut butter sandwich after another, scooping the peanut butter out of the jar with my finger, smearing it across the bread like a drifter, gobbling the sandwiches down. If I was going to have to wait, I wasn’t going to do it hungry.

The family sitting in the row of seats in front of the small guard shack watched me making my sandwiches and laughed— I think partly because it seemed clear I had resigned myself to the fate of waiting, and also because I looked like a dirtbag, dressed all in black traveling alone on a motorcycle, eating peanut butter our of a jar. “Quieres uno!? Tengo crema de mani!” (Want one? I have peanut butter?) They laughed harder.

After an hour more of waiting, my patience wore out. I don’t agree with Western entitlement, thinking everything can be improved and vocalizing it at ever turn, but these guys clearly didn’t know what they were doing, it was like a pantomime of a legit border crossing, and I was tired of waiting for them to throw their weight around. I grabbed my helmet and tank bag, and walked down to the immigration building. “Where are my papers?”

There was no one in the immigration room save the couple men behind the counter. The man who had my papers was gone. “Where are my papers? I gave them to one man, but now he’s not here. I’ve been waiting for hours.”

And before I could help it “My bones will be here, before the papers are.” The two ladies standing there looked slightly horrified, but the little girl giggled. 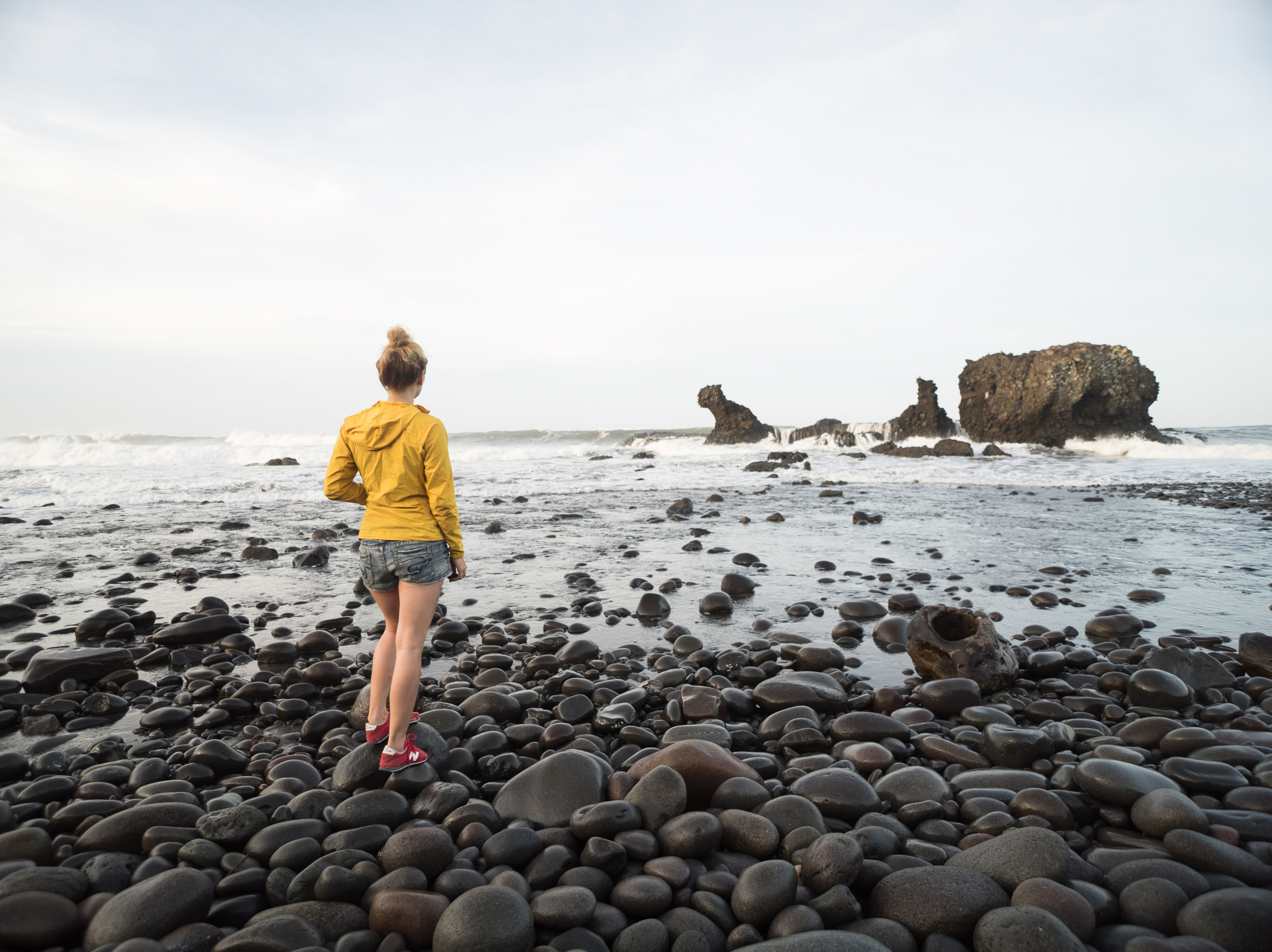 « Of Loss, Role Models, and Storms » In Which I am Hit by a Truck